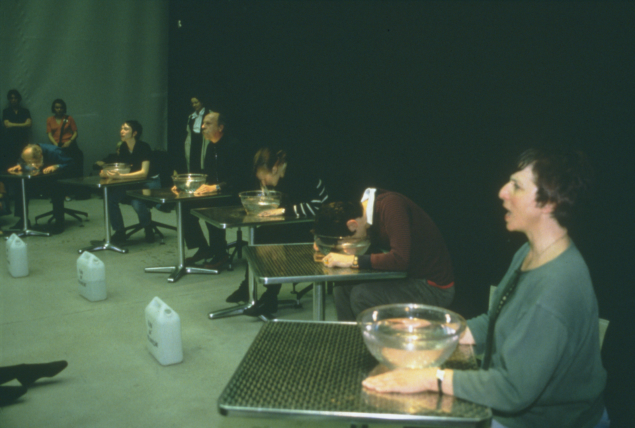 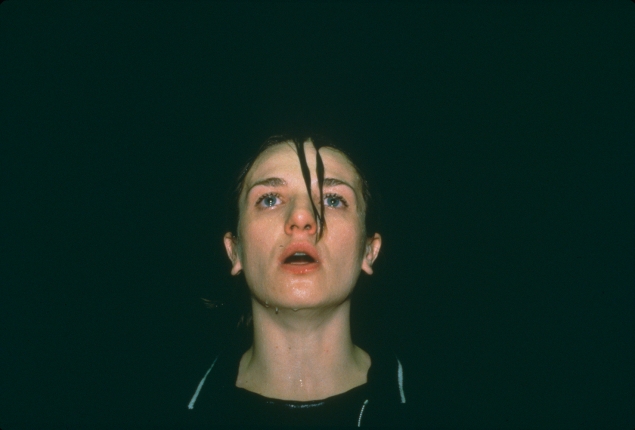 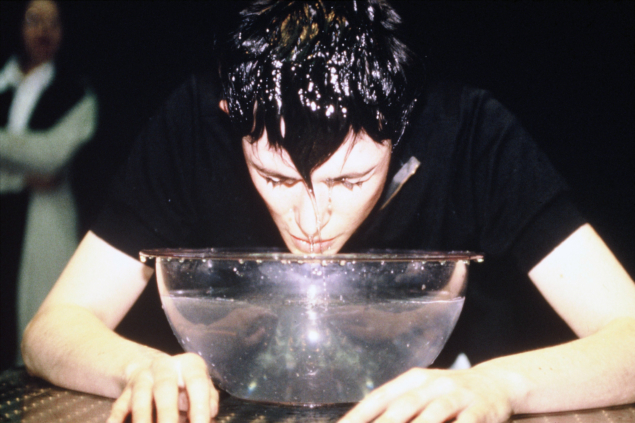 Tatsuo Miyajima organized this performance on 11 April 1996 at the Foundation Cartier in Paris. It was right after France's nuclear weapons testing in 1995, using the distilled water from MURUROA where the testing was carried out. First, the artist poured the water from a tank into each performer's bowl. The six performers were all French native speakers of different dialects. They counted down from nine to one in their own dialects. When they reached "Zero," they counted silently holding their breath and thrust one's head into the water. They well knew the water was from MURUROA, and hesitated at first. However, after confirming its safety and purpose, the performance took place.