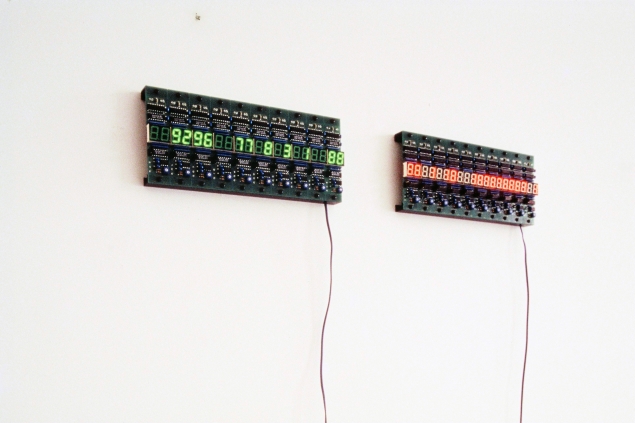 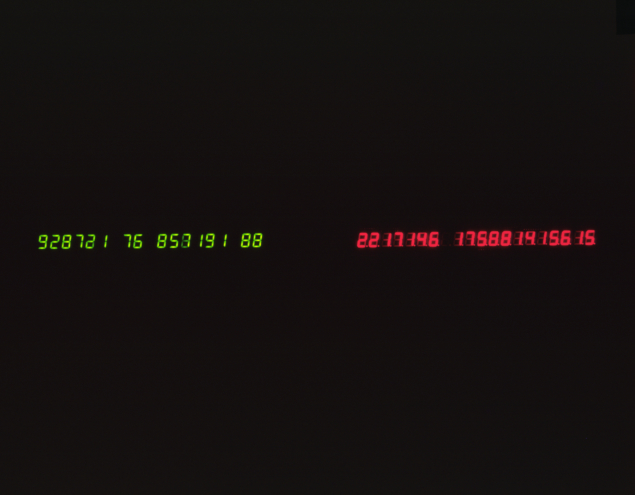 in the dark room 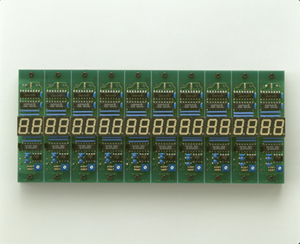 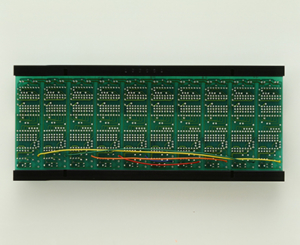 What is "133651 series."
"133651 series" was launched in 1990. The unit used in this series consists of ten numbered LEDs (gadgets) arranged in a horizontal row, and signals are sent and received between the ten gadgets, which are connected together. In other words, up to 5 gadgets can be connected to 5 other gadgets in the unit. There are 133651 possible combinations of these gadgets, and each combination is given a "unite number". The color of the LED is red, but the units whose "unite number" is a multiple of 7 are marked with green L.E.D. These units are selected from these units as needed, depending on the theme and other factors, and the work is composed of them.
The reason why I made such a complex structure is because I developed it from the "relationship between elements" to the "relationship between sets and sets". A gadget is an element. But I think of a unit as a "set" in which the relationship between a gadget (element) and a gadget (element) is made. And by creating a relationship between a unit (set) and a unit (set), it expresses a larger communion. This "133651 series" symbolizes the structure of the entire universe, where the parts become a set and that set is related to other sets, creating a whole.

These works in the "133651 Series" are individual works, each with its own title, but at the same time they are part of a series of works. The series will not end until all of 133651 Units has been created. These works are still ubiquitous around the world and continue to move today "as part of the universe".

One units has own connection of gadgets, another one has completely opposite connection. However these unites looks like conversation each other, makes harmony.