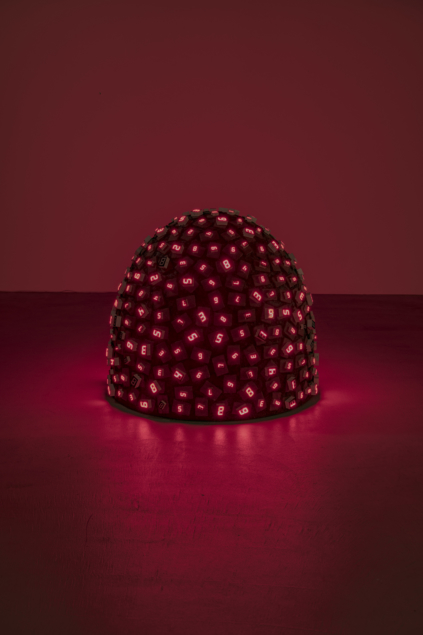 Detail of Pile Up Life no. 2 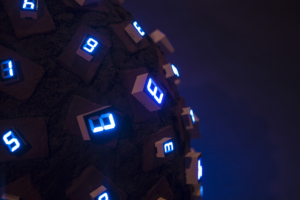 Detail of Pile Up Life no. 4

The large-scale disasters happens everywhere in the world. It seems like sneering human beings. For insistence, a hurricane Katrina, devastated New Orleans, The tsunami occurred in Thai Land, the earthquake in China, and nuclear meltdown at Chernobyl and more...

How many lives were lost from those disasters?
We, human beings have thought we can control all things happen in the world or nature itself. However how the science is progressed, we are powerless to those large-scale disasters. The fact is there is nothing we can do.

The Pile Up Life Project is attempt to built the tower of requiem for those who died from disasters. We make the tower by building up the stones that embedded the LED light called "The Counter Gadget." "The Counter Gadget" were made by two colors, red and blue, and are programed to count up from 1 to 9, and count down from 9 to 1. But those lights never show the zero and repeat it over and over. This expresses "the eternity of life" that came from the idea of life believed in Buddhism.

And the speed of "The Counter Gadget" will be decided by the people who play for requiem. The building up stones for requiem or rituals spread out to the Eastern Asia including Japan or South Korea. Also, it found out in natives or aboriginal in Canada or United States and even in England as a culture. It may be natural action to built up the stones when human being pray for requiem. That's why I express that in modern way to remind that we should not to forget praying for the great world, even how much the civilization.