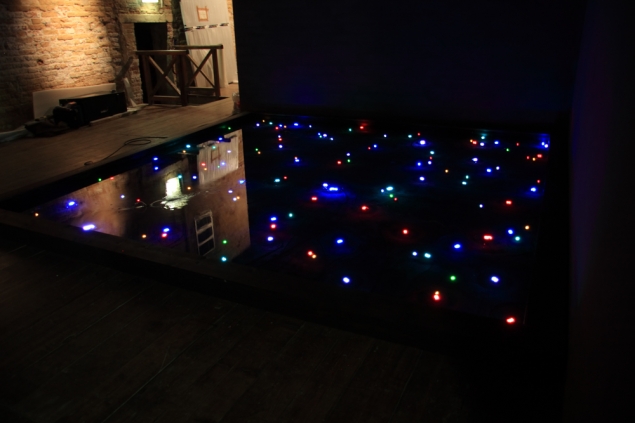 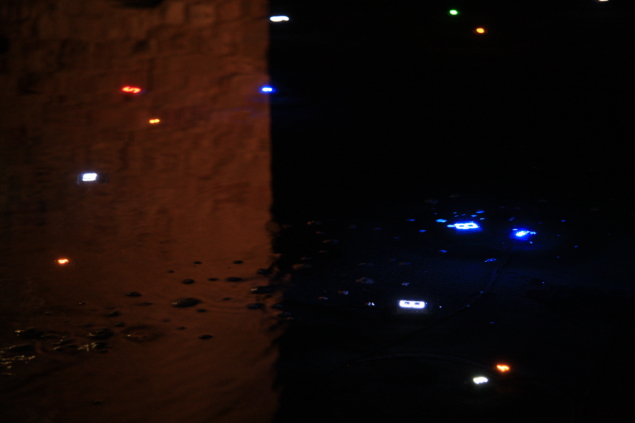 
The work, Spirits in the Water with Cuban Artists is from the series called 'Time in Water'.

The speed of each LED has been set by the artists living in Cuba, the country on the island floating in the sea like Venice.

In 2008, hurricane Gustav hit Cuba and caused serious damage to the country. Around 210,000 houses were destroyed. In order to help and encourage hurricane victims who had lost everything, artists stood up and took action; a group of 60 musical and visual artists headed by Kcho.

They went to the 'Isle of Youth,' one of the most seriously damaged areas, and helped people repair their houses and clean up the rubbles during the day. Then at the night, they held concerts or organized painting workshops for the victims, including children to encourage them. Other artists followed and joined when these activities came to their knowledge. As a result, about 300 artists undertook similar activities throughout Cuba. Six months later, it was still developing.

When Miyajima learned about their activities, he decided to contribute his work for the Venice Biennale to those true artists. Because, he believes that the greatest artists are not the artists participating in international exhibitions, but humble 'human beings', who encourage and give hope to people and for society.

They encapsulated their pulse of life in time as they set the speed of the digital counter, and Miyajima sealed them in eternal 'water' and 'time', in order to preserve their brave soul perpetually in the LEDs.