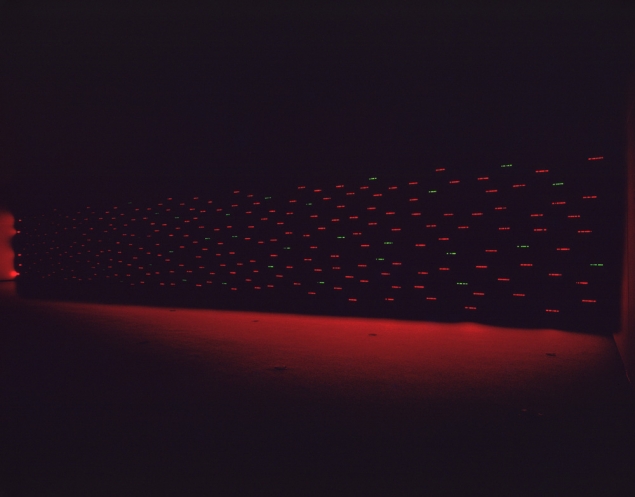 This work uses 300 units. In other words, there are 3,000 gadgets. This number, 3,000, has a very important meaning in Buddhist philosophy. Because in the Lotus Sutra, the highest point of Buddhist philosophy, when we say "three thousand worlds," it means the whole universe. Likewise, the Lotus Sutra teaches that there are three thousand different states of life inherent in a person. In other words, the number 3,000 represents both the entire universe and a person at the same time.

I consider this work to be a symbol of the whole universe as well as a symbol of a human life.